So what’s been going on recently in our world and yours? Let’s have a look…

Starting off with the biggest news of the week, the year and possibly the century – it’s the inauguration of (*pinches self*) President Trump. Obviously some of the rhetoric up to this point has been pretty divisive. Adweek have highlighted an example, courtesy of Expedia, of how important advertising’s role in countering all of this can become. Check it out by clicking on the link above.

Not content with being the most valuable team in the NFL, the Dallas Cowboys look like they’re now moving into the world of gaming – specifically eSports. It’s a growing industry (almost pushing $1bn a year) and could offer them a fantastic means to engage their fans. Will many other sports teams follow suit? Watch this space….

Report: by end of 2017 there will be more than 30MM voice assistants in US homes

Marketing Land outline how approximately 30 million US homes will be using voice assistants by the end of the year. While applications related to this are struggling to gain traction with users right now, things are expected to improve. Have a look at the link above.

Wal-Mart appear set to take a chunk out of the car-selling market, partnering up with various dealership groups to make the leap.

The global state of fake news in 5 charts

Fake news was one of the major themes of 2016, and continues to own it’s share of (real and fake) headlines going into 2017. Digiday give a breakdown of the state of things.

How marketing and traditional simplicity won the day for Trump

Continuing with Trump’s victory in the presidential campaign, The Drum present a fantastic article on how he leveraged some old-fashioned thinking regarding branding to come out on top. For a lot of people, his was the right brand, with the right message at the right time – and that is always tough to beat. Check out the article via the link above.

Reaching fans, in real-time, at the perfect time – getting your sports marketing right

With the mega-event known as Super Bowl LI less than a month away, we thought we’d take a look at some of the ways advertisers can capitalize on live sporting events to capture viewers’ attention and create brand engagement. Some of live TV’s most emotive moments come from seeing the perfect play executed, or watching (jaw on the floor) as your team scores in the dying seconds to emerge triumphant. Sport is full of these highs and lows. And, if you’re an advertiser, these are exactly the kind of rushes of euphoria that brands can make the most of. Or rushes of despair, if you sell pizza and ice-cream.  😛

Putting the fans front and center

All good marketers know that placing your customer at the core of your branding efforts is key. They’re who you want to engage, so you better keep them in mind – and the kind of experience they’re looking for – when building marketing around a sporting event. And viewers are primed for interaction. A recent study conducted by Momentum Worldwide revealed that 86% of sports fans would welcome more sponsorship and marketing centred around their favourite sporting events. However, only 17% of fans feel that brands associated with teams and events actually care about them. This obviously presents a problem for brands trying to reach out – but there are ways to fix this. Marketers should, for one thing, leverage social as best as they can. Enhancing the fans’ overall experience of an event is crucial, and social channels play an important role in this. 58% feel that sharing content and updates makes the whole event more enjoyable, with half loving the content that other fans produce. Brands can create forums to facilitate this, presenting a big opportunity to engage. Fans also love rituals and traditions – 63% cited this as important. Spotting this is something Gatorade played to perfection with their ‘Gatorade Shower’ app. And don’t forget about partying! Hosting viewing parties is a major source of enjoyment for sports fans and something brands can leverage to everybody’s benefit.

TV or not TV? That is the question 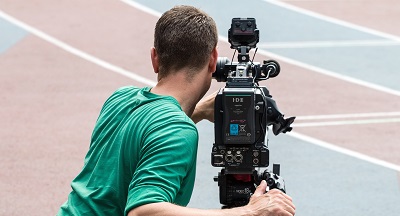 Big live games mean big ratings, something large advertisers are all too aware of. Take the Super Bowl for example. This year a 30-second slot during the game is going to cost a whopping $5 million. It is the single biggest one-off sporting event in the world and the numbers show it – every year they go up. But what if you don’t have that kind of budget, or you do (kudos to you) and you want to supplement your TV spend with some other effective methods of engagement? Below are three ideas on how to tap into the power of live sport without having to rob a bank first.

Hijack the big day out (with real-time viewing data)

‘Conquesting’ & ‘brand piggy-backing’ are two great ways of leveraging the exposure that either a competitor or complementary brand/product gets when they advertise on something as large as the Super Bowl for example (or smaller events too). The basic idea is to sync your own digital advertising with their TV exposure to gain optimal traction with your (shared) target audience. Mercedes showing their TV spot during the main event? Well, if you’ve a car dealership it could make total sense to run digital ads at the same time. This, coupled with the availability of real-time viewing data (i.e. knowing exactly who’s watching said sporting event and how to reach them), means targeting your ads at just the right time is well within any brand’s reach. Sync it to a tent-pole advertising campaign, and surf on the wave of interest that follows.

‘Telescoping’ (sorry about the pirate reference, hard to resist) can be a super way of building on your TV efforts and further developing the story your marketing is trying to tell about your brand. Essentially this involves an interactive prompt popping up as an overlay on your TV ad. It allows viewers to click on the overlay and view (for instance) a longer, more in-depth version of your ad or description of your product, or click to buy. This can allow you to position shorter commercials around expensive sporting event time-slots, while offering your viewers the opportunity to engage further (at less expense to you). In essence, your TV spend goes further and your story deeper.

What better way to make someone feel great about your brand than getting right in front of them immediately after their team has scored! A combination of audience building (both historical and real-time), live event tracking and digital ads syncing can mean that anytime a fan’s emotions are running wild, you can be there (either to celebrate with them or pick up the pieces – I refer you to my pizza and ice-cream comment above). 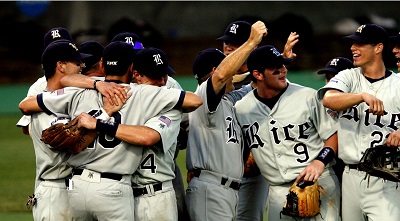 Live events are a sure-fire way of reaching out to and engaging with fans at the perfect time. Whether you want to capitalize on feel-good moments to help create a positive association with your brand, or you’d like to run concurrent call-to-action ad campaigns to generate leads and sales, there are many ways to use the power of sport to your advantage. So why wait? As the mighty swoosh would say: Just Do It.

Interested in keeping up with the latest trends and news on TV and digital? Why not sign up for our newsletter?

We’re back with another round-up of news from the wonderful, mad world of ad-land and all things digital and TV-related. Here’s what caught our attention this week.

Marketing Tech News got 12 martech authorities to gaze into their crystal balls and make their predictions for how the area will change 2017 and what marketers should look out for.

‘Storm of lies’: The state of fake news in Europe

The problem of fake news has become very prominent recently, and one dangerous way it manifests is in sites that can promote hate. But, as Digiday outlines, some advertisers are taking a stand against them. Check out the article to find out more.

Media Life Magazine outline what they think are the 10 new TV shows likely to become the hits of 2017. Media planners take note.

Connected devices already play a big part in our lives and with that influence likely to grow further, marketers are looking for ways to leverage it. And, maybe surprisingly enough to some, consumers seem pretty receptive to this.

Digital or TV? The false dichotomy in advertising

We’ve already written a piece that touches on this theme (check it out here), but the folks at Marketing Land have also had their say on why digital and TV both need to be part of an advertiser’s plans.

Want us to keep you up-to-date with the latest in digital, TV and advertising news? Why not sign up for our newsletter!