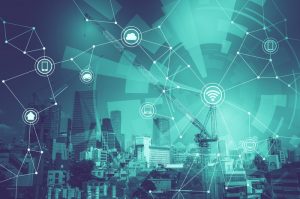 How TV ACR-based attribution measurement can help save TV

TV advertising – reverence turning to doubt
While it was, for decades, the medium for advertisers wishing to make an impression and win the hearts and minds of customers, TV has recently undergone a little bit of a crisis of confidence. Let’s not get confused here – TV is still an effective medium for shaping a brand’s message and customers’ perceptions in a meaningful way. According to a study performed by the Advertising Research Foundation relatively recently, TV is still “the most effective vehicle for driving ROI, and adding digital to a TV campaign yields a +60% kicker effect”. But observations made by eMarketer suggest that, where ad-spend is concerned, TV is suffering. Its share of allocated media budgets over the course of the next few years is set to steadily decline, resulting from a combination of increases in cord-cutting and an ongoing battle with digital ads, generally seen as more accountable. But for large brands, with correspondingly big media budgets, even small improvements in efficiencies pertaining to spend-placement can result in big cost-reductions and increased revenue. So the growing issue is TV performance becoming more measurable and accountable, matched with better-defined audience segments for perfect targeting of ads.

How brands measure TV ROI
So why has this been a problem? For the most part it’s down to the disconnect between TV and the rest of the customer path-to-purchase. Traditionally, if a brand wanted to gauge how well its TV campaigns are performing and to what degree they influenced consumer conversions, there were only a few (limited) options available. Sometimes an advertiser would simply observe KPIs, such as site visits or purchases, after a campaign had run and make a note of any correlation. But this method has always been a less-than-perfect approach, with the door being left open for other variables to impact customer behaviour. For example, viewers can now record shows and watch them later, meaning ads they might collectively see are spread across a variety of times, rather than concentrated in once are. Drawing correlations in this instance can be very, very difficult. Alternatively, if a company wanted to discover how TV changed perceptions of its brand and whether equity was added to, they might turn to using audience panels. But the issue with this has been that making sure the panels are representative of populations, and that audience responses actually matched their behaviour. To compound problems, the proliferation of viewing methods (e.g. DVR views, on-demand, streaming devices, OTT, set-top-boxes) has created a lot of siloed data sources meaning pulling together measurement data in a coherent way is made ever complicated.

TV ACR-based measurement can help provide the solution
All of this has resulted in TV appearing to be a difficult proposition as it relates to accountability. Marketers simply don’t know for sure how measurements stack up and how it’s impacting lower-funnel activity, and it can give them the heebie jeebies if it means sweating over large TV budgets being misplaced. Digital, on the other hand, gives instant feedback, spend can be modified in real-time and conversions can be tied more directly to campaigns. So how can TV compete with this? Truth is it doesn’t have to anymore. TVs can now account for what content (e.g. ad spots) households see and, through data-matching techniques, this can then be tied to subsequent customer behaviour much more deterministically. In essence, TV is now a part of the digital path-to-purchase and its place in this increasingly visible. Automated content recognition technology means TVs can read what’s hitting their screens, meaning every TV produces data, collectively leading to a more holistic data source. This makes building a picture of viewing measurements easier than trying to grab data from myriad different places. All of this means networks can provide ever more clarity on ad-performance for brands, as well as incredibly well defined audience segments, meaning TV is very much levelling the playing field with digital. Forget that – TV is becoming digital now. New-age measurability and old-school emotive power will help it remain the platform to use for advertisers and, in combination with online campaigns, should still be the winner of hearts & minds to turn to.

The proliferation and growth of various advertising platforms and customer touchpoints over the last several years can often leave marketers scratching their heads when attempting to determine which ones to use. Whether they need to focus solely on one above the rest or spread their investment is a pressing question. In addition, integration of platform campaigns can become inhibited by confusion over what works and doesn’t, meaning teams can become quite siloed, compounding difficulties. But a little while ago, the Advertising Research Foundation put together an excellent study on the matter and it’s one we think you’ll find useful. We’ve summarised a few key points below.

Why cross-platform at all?

Research suggests that integrating across several platforms and media can prove very worthwhile for brands. According to the study, when advertisers move from using one platform for campaigns to two, an incremental increase of 19% in ROI is achieved. And the more platforms that are added, the better the results, with the use of 5 platforms generating an uplift of 35%. A big reward for smart integration across a variety of potential touchpoints and experiences for the customer.

Part of the problem when marketing teams begin to consider their adoption of a  cross-platform advertising strategy is that they may not be sure whether splitting creative approaches across various media is the right way to go, or if they should adopt similar creatives throughout. The answer, according to the study, is the latter. A unified approach, message and ‘feel’ results in better campaign performance and a 57% uptick in brand-equity metrics. This makes sense as multiple creatives, all different, across several channels may only end up confusing the customer. Where creative is concerned, consistency is vital.

Most effective type of cross-platform?

The study also looked at which platform combinations could prove most effective at providing increased ROI for marketers. On the whole, fusing traditional media and digital was found to be most potent. While partnering radio & TV together provided an uplift, with the same for print & TV, it was the combination of TV & online campaigns that came out on top – with a lift in ROI of +60% on TV alone (what the ARF referred to as the ‘Kicker Effect’). When consideration is made, this makes real sense. TV can be seen as the perfect medium for ‘priming’ customers emotionally, making them ready to take action. And online campaigns are made for conversion. It’s a match made in heaven.

In summary then – yes, of course cross-platform should be the cornerstone of your advertising strategy. Customers engage across a variety of media, channels and platforms. Integrating these in a cohesive manner when brand-building has proven the best way to reach out. And while this means a lot of tools at a marketer’s disposal, there’s no need to be confused about it. The right creative or message across several combinations of platforms is likely to work to your advantage and, while digital continues to grow in importance, traditional media (in particular the old favorite that is TV) backs it up beautifully.